I had a special request for a Harry Potter Card.  I really wanted to make it using my Cricut Explore, but I wasn’t sure if it was going to be possible.

I used the Paper Doll Cricut Cartridges to make a Mario Brothers Card a few weeks ago.   They turned out really cute, so I thought I might be able to do something similar to make a Harry Potter Cricut Card.

This post contains affiliate links. If you make a purchase I will receive a commission at no additional cost to you.

I started in Cricut Design Space by searching Harry Potter.  There wasn’t a complete Harry Potter, but I did find these adorable glasses that were perfect.  I had to tweak the a little bit, but I think they came out great.

I looked all of the dolls on Paper Doll Dress Up and Everyday Paper Dolls to see if any of them were dressed similar to Harry Potter and to see if one of them had similar hair.

I found the long robe on one of the Three Wise Men, and a little boy’s hair that would work.  I cut a snowboarders scarf yellow and added the red stripes with a Sharpie Marker.

I really like designing cards in Cricut Design Space.  I was able to size all of the pieces quickly and easy and only had to cut them once.  All of the shapes that I used were free with my Cricut Access Subscription.

I wanted a castle behind Harry Potter, but the one in Design Space was too wide.  I used a square and the slice feature to cut part of it off.

You’ll notice that I changed the placement of the owl when I assembled the card.  It didn’t look right in the upper left corner, so I trimmed it down and made him looking out the door.

Here are all of the pieces after I got them cut.  I used a Zig Glue Pen to assemble most of the pieces, since they are small.  I added green cardstock behind his head, so he would have pretty green eyes.

I added small pieces of cream cardstock to put behind the windows and door on the castle.

I put dimensional tape behind Harry Potter and the stars to give it some dimension.  Then I added clear Stickles glitter glue to the stars.

I thought the owl needed some shiny eyes, so I added bright yellow to him.  I thought about do gold or red glitter eyes, but I was afraid I would mess him up.

The card was a special order, and when I was delivering it, I noticed that I didn’t put any shoes on him.  He definitely needs some shoes.

Have you used the Paper Doll Cricut Cartridges to make any other characters?  I’d love to see them. 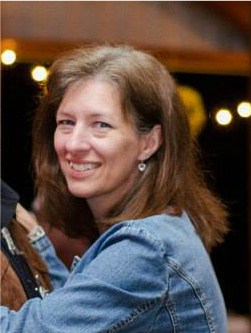